Share a memory
Obituary & Services
Tribute Wall
Read more about the life story of Barbara and share your memory.

Memorial Services will be held Sunday, January 29, 2023 at 3:00 p.m. at the Herman Community Center in Herman, Minnesota with Rev. Scott Richards officiating, with special music provided by Angela Schultz.

Burial will be in Lakeside Cemetery at a later date.

Barbara (Barb) Jayne Graf was born on March 13, 1951 in Morris, Minnesota the daughter of Vernon and Mildred (Boe) Graf. She grew up in Herman and graduated from Herman High School in 1969. She was united in marriage to Lowell Christians on January 3, 1970 in Herman. The union was blessed with two boys Stephen born November 17, 1969 and David November 24, 1970. The couple moved around quite a bit while Lowell was serving in the United States Navy, but returned to Herman in 1974.

Barb stayed at home with her two sons before working at Berger Chevrolet in Herman and the John Deere Implement in Herman. She ran a restaurant (Busy Bee) in Herman for a short time. The family is amazed, as all of you are, that she actually ran a restaurant.  It is even more surprising that the menu did not have a big sign that read MAKE YOUR OWN and on the counter there were cereal boxes, eggs and bread.  Once the cooking phase was out of her system, she started a job at the Grant County Courthouse in the License Bureau and also worked in the Treasurer’s Office. She made many friends in the Courthouse, especially the Deputies office. She always knew she would never get a ticket in Grant County.  Barb retired in the spring of 2013. Lowell passed away on August 4, 2012.

After retirement Barb turned into the chauffeur for her four grandkids. She would pick them up after school, go to all their events or just stop and take them for treats at Dairy Queen or Tip Top Dairy Bar. Barb enjoyed playing cards with her card crew, traveling with whomever would take her along, visiting and watching the people and cars drive by on Berlin Ave. Barb also enjoyed tending to her many flower beds and gardens, decorating and re-decorating her home, chasing her dog “Gracie” around Herman, and campaigning for her friends during the election season. She served on the Bethel Lutheran Church Board, the Lakeside Cemetery Board, and the Ladies Auxiliary.

To send flowers to the family or plant a tree in memory of Barbara Christians, please visit our floral store. 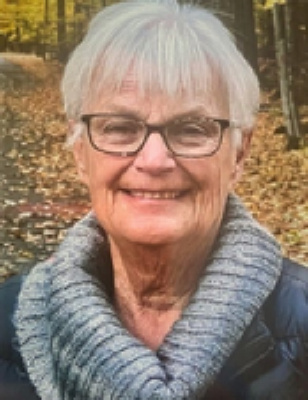