Share a memory
Obituary & Services
Tribute Wall
Read more about the life story of Harold and share your memory.

Funeral Services will be held Saturday, December 31, 2022 at 11:00 a.m. at the Bainbridge Funeral Home in Wheaton with Rev. Dan Gifford officiating.

Visitation will be held one hour prior to service time at the funeral home.

Interment will be in Wildwood Cemetery, Wheaton, in the spring.

Harold Raymond Borsheim was born in Manitoba, Canada, on September 15, 1930 to parents Eilert and Ellen (Riordan) Borsheim. He was the second youngest of ten children. His parents had a farm near Spirling, Manitoba and another in Wheaton, Minnesota where the family settled full-time. Hal attended school in Wheaton and college at Morris Ag. School. He was in the boxing club while attending Morris. Hal married his high school sweetheart Phyllis Mary Arens. The two met in 4H. They were married on May 7, 1955 and were blessed with two sons, Scott in 1956 who resides in Deerwood, Minnesota and Steve in 1962 who resides in Placentia, California. Hal also served in the Air Force from 1951 until 1955. Hal served with the air police and then pilot training with the T6 aircraft. Hal and his family moved to California in 1959 where they raised their family in Anaheim, California. Upon his discharge from service, Hal worked as a carpenter for a while, but found his niche in sales for the duration of his life. Hal was the number one salesman for Ford Trucks while in California. Hal returned to Minnesota with his son Scott in 2018. Hal’s wife, Phyllis, preceded him in death on December 30, 2020 and is buried in Orange County, California.

To send flowers to the family or plant a tree in memory of Harold Raymond Borsheim, please visit our floral store. 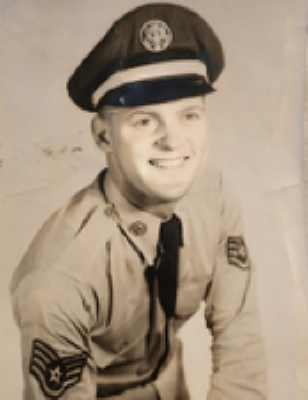