Share a memory
Obituary & Services
Tribute Wall
Read more about the life story of Roger and share your memory.

​​Roger Charles Denton was born October 16, 1950, grew up in Wheaton, Minnesota with loving parents Cal and Helen (Septon) Denton, and passed away in his sleep at home on November 14, 2022, at the age of 72. Roger married his wife Jean on December 4th, 1989 in a beautiful ceremony at Oak Alley Plantation in Louisiana. Roger and Jean were happy to begin their marriage with Roger’s three children from his prior marriage to lifelong friend Marcy Erickson (Lichtsinn): Eric, Scott, and Kimberly, who call Jean their “bonus-mom”. They were later blessed with another daughter, Elizabeth, who joined the family as a surprise in 1995. Jean famously informed Roger of their anticipated arrival on Halloween, handing him the test, and saying, “Trick or Treat?”. Having a truly blended family was of utmost importance to Roger. He was thrilled that his grandchildren helped to bring all sides of the family closer. Holiday highlights included Roger drinking Rumplemintz with Marcy’s husband John; Jean and Marcy sharing “wife stories”; and all the Denton children feeling that this is “normal”, right!?

Roger was a charismatic character and made an impression on everyone he met; whether they loved him or not, the man left a mark. Most people fortunate enough to meet him were utterly charmed. Relationships were very important to him, and he excelled at maintaining many life-long friendships, from kindergarten to high school (Wheaton ‘68) and on through college (Moorhead State ‘72), not to mention baseball, tennis, racquetball and golf buddies from Minnesota to Tennessee. He loved to share his hobbies with others, including fishing (the annual Minnesota fishing opener trips were always a highlight of his year), hunting, watching (all of the) sports, birding, working on his lawn (as long as Jean or his daughters didn’t try to plant hydrangeas – too “messy”), grilling, and crafting a cocktail of the day to great response from his wife and children. Roger was an avid storyteller; in retirement he began recording (and embellishing!?) his stories in a number of yet-unpublished books, capturing the essence of his Minnesota upbringing and his travels through life. He was renowned for his organization systems, which included item-specific, Sharpie-labeled clear bins… because everyone needs entire bins in their house dedicated for things like, “yoda-robes”, “worcestershire sauce”, and “fancy-crackers”. If you, dear reader, do not have these, Roger’s family recommends getting your act together.

Roger had a long and satisfying career. He began as a technology teacher, something his children loved to tease him about as he had a terrific “technology face” whenever he was taking a picture. (To get an idea for it, hold your phone out in front of you, open your mouth just a little while pulling your lips over your teeth and hold both pinkies out like you’re drinking tea). From education he moved on to corporate endeavors, working for 3M in Minnesota then moving with his family to Nashville, Tennessee to work for Northern Telecom; other employers included Genesco (which his children loved because they got terrific perks including shoes from Journeys and Mitre Soccer), Rogers Group, and Centex Rodgers. (His family loved to tease him in this phase that he’d only work for a company with his name in it). He once joked that if he was recognized and awarded for his longevity and contributions to a company, it was probably time to start looking for a new challenge. Some of his best working memories involved world travel, including trips to Istanbul, Paris, England, Ireland, Germany, Australia and Hawaii. Memorable moments on these trips include a dual-purpose work/honeymoon to Ireland, performing his “pig-call” (if you know, you know) upon request while in Istanbul, and being in Berlin when the wall came down. In 2006 a job with Ecolab brought Roger (along with Jean and Elizabeth) back to his home state of Minnesota, leading to valuable years of proximity to his parents, his brother Craig Denton & family, and other longtime friends. Upon retirement Roger and Jean returned once more to Tennessee, following daughters Kimberly and Elizabeth to the city of Knoxville. They ended up living a block away from Kimberly, which came in handy for both households. Roger and Jean loved cheering on the Vols in Knoxville and being close to Nashville, where their son Eric and other friends and family live. It was an added bonus to Roger that he could wear a tee-shirt and shorts at Christmas.

Family was his crowning achievement. He was a wonderful grandpa to his three grandchildren; two from daughter Kimberly, Evie (11) & Cora (8), and one grandson, Cooper (6) from his eldest son Eric. He loved spending time with his grandkids, especially one-on-one. The kids loved to talk grandpa and Gigi into taking them out for breakfast (Shirley Temples at Waffle House were a favorite) or ice cream. He was beyond proud of his children and grandchildren. He enjoyed sharing stories about them and cheering them on – always encouraging them to find what they loved to do and lean into it. You may have had the great fortune to read some of these stories in his (in)famous, annual holiday newsletter, LeDenthead Chronicles.

Roger and Jean shared a life worth living, taking many trips with friends, family and one another. These included annual pilgrimages (a literal 19-hour car ride, one way) to Island Lake in Minnesota, a tradition started by his parents in the 1950s, as well as regular trips to Destin, Florida, including an October 2022 trip in which Roger surprised Elizabeth by frolicking with her in the waves – he was very graceful. Over the years they were also able to take repeated trips to New Orleans and to Cancun, where Roger taught Elizabeth how to take her first tequila shot, then commented that she seemed to already know what she was doing. A favorite memory, immortalized in a photo, was on a trip Roger, Jean, and Eric took to visit Scott and his longtime partner Melanie in New York City. Getting too warm while out for dinner at a nice restaurant, Roger attempted to remove his pullover and his shirt went with it, to the dismay of everyone at the table. A photo capturing Roger and Jean’s reactions to the moment – Jean’s horror, and Roger’s obvious glee – remains a family favorite.

The planning of a celebration of life is underway and will be posted to the social media accounts of Roger, Jean, and their children soon.

In lieu of flowers, donations can be made in Roger’s memory toward the development of Vanderbilt Children’s in-patient Rehab Center, which will be the first pediatric rehab center in the state. Roger’s youngest daughter Elizabeth is an Occupational Therapist at Vanderbilt Children’s Hospital, and he and our family are very proud of the important work she and her team do there.

To send flowers to the family or plant a tree in memory of Roger Charles Denton, please visit our floral store. 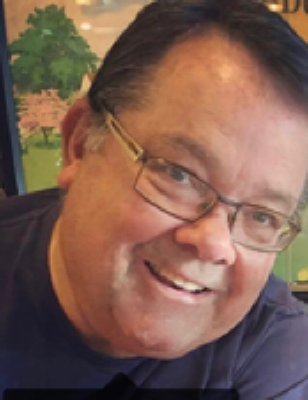 You can still show your support by sending flowers directly to the family, or by planting a memorial tree in the memory of Roger Charles Denton
SHARE OBITUARY
© 2022 Bainbridge Funeral Home. All Rights Reserved. Funeral Home website by CFS & TA | Terms of Use | Privacy Policy | Accessibility