Share a memory
Obituary & Services
Tribute Wall
Read more about the life story of Ronald and share your memory.

Ronald Gene Tolifson, of Herman, MN, age 84, passed away at the Wheaton Sanford Hospital on Saturday, December 31, 2022 after a short battle with lung cancer.

Ronnie was born on September 15, 1938 in Spencer, Iowa to Leslie and Delores (Polzin) Tolifson.  Ronnie was baptized on November 13, 1938 in Greenville, Iowa with Mr. and Mrs. Selmer Tolifson as his sponsors and later confirmed on May 29, 1955 at Zion Lutheran Church in Appleton, MN.  The family moved to Hancock, MN then Appleton, MN as Leslie was farming. Ronnie attended school in both Hancock and Appleton. He enjoyed many “adventures” growing up with his eight siblings.  All of which made for great stories to share with his kids and grandkids.  One of his favorites to tell was the summer his family moved to Norcross, MN and he was sent to help his Grandpa Oliver on his farm.  He talked about the hard work and being fed bread covered with cream for breakfast out in the field.  He always said that was the summer he lost his “chunkiness” due to his grandpa’s cooking skills, or lack thereof.

Moving to Norcross proved to be a life changing move for Ronnie because that is where he met the love of his life, Janice (Schmidt), while out roller skating at the Norcross Hall.  After two years of dating, which included many drive-in movies and watching Ronnie play baseball on the Norcross Baseball team, they were married on September 19, 1958 at Bethel Lutheran Church in Herman, MN with the reception at Janice’s parents house following the ceremony.  The couple took off the next day in their 1951 Powder Blue Ford for a honeymoon to Itasca State Park.

The couple made their home in Bloomer, Wisconsin where Ronnie worked on a dairy farm.  In Spring of 1959 they moved back home to Norcross where Ronnie went to work as a farmhand for Einar Olson.  He worked there for a few years until they moved to one, of the four houses, in Charlesville, MN.  While they lived there Ronnie farmed with his dad and brother Arlan, making daily visits to Mike Mosey’s General Store.  In the 60’s, they moved to Herman and started the business of Tolifson Transfer where they hauled livestock and freight.   After many trips to the stockyards and packing plants, he decided it was time to move back to the farm.  In 1970 they moved to Janice’s family farm outside of Herman.  They both went to work for Blume Equipment of Herman, Ronnie hauled equipment and Janice worked in the parts department.    While he was working there he was also building the family farm, that has grown into what it is today.  Through the years he raised pigs and cattle, along with crops of wheat, soybeans, corn, and sugar beets.  He had a passion for farming, it was his livelihood and his hobby.  Through the years he enjoyed farming with his brother Randy and son Terry, along with neighboring farmers he was always willing to lend a hand to.

On August 31, 1973 the couple had their first child, a daughter, Tracy Lynn. They welcomed son Terry Lee on October 16, 1975.  In 2003 Terry & Jill took over living on the homeplace while Ronnie & Janice moved two miles north.  With Tracy and Dan living on a farm nearby also, it meant daily visits from his kids and grandkids, sharing stories, giving advice, and making countless memories together.

He was active in his community, serving on New Horizons Board and Logan Township Board. He was also a 4-H Leader and an active member of the Bethel Lutheran Church.  He was a long-time member of the early morning coffee crew that first met at Denny’s Cafe and later moved to AJs Gas & Grocery.  He enjoyed many family gatherings with everyone, watching baseball (the Twins of course), and attending every event he could get to that his grandchildren took part in.   He was always so proud of his grandchildren, and he loved to talk about their accomplishments.   They all loved getting teased by “Papa”.    He will be remembered as a hardworking man that loved his family more than anything, someone with an incredible sense of humor who had the most infectious laugh that will never be forgotten.  Just look around, his handprints are everywhere.

A memorial service will be held at the Bethel Lutheran Church in Herman, MN on Saturday, January 7, 2023 at 11:00 a.m. with visitation one hour prior to the service.  In lieu of memorials, donations can be made to Herman-Norcross School Athletic Department, Lakeside Cemetery, and Herman-Norcross Scholarship Fund.

To send flowers to the family or plant a tree in memory of Ronald Gene Tolifson, please visit our floral store. 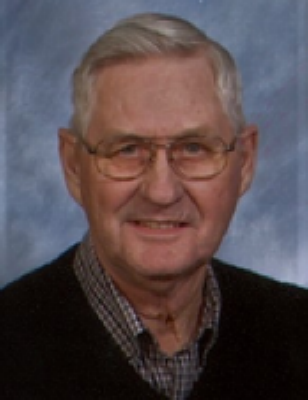